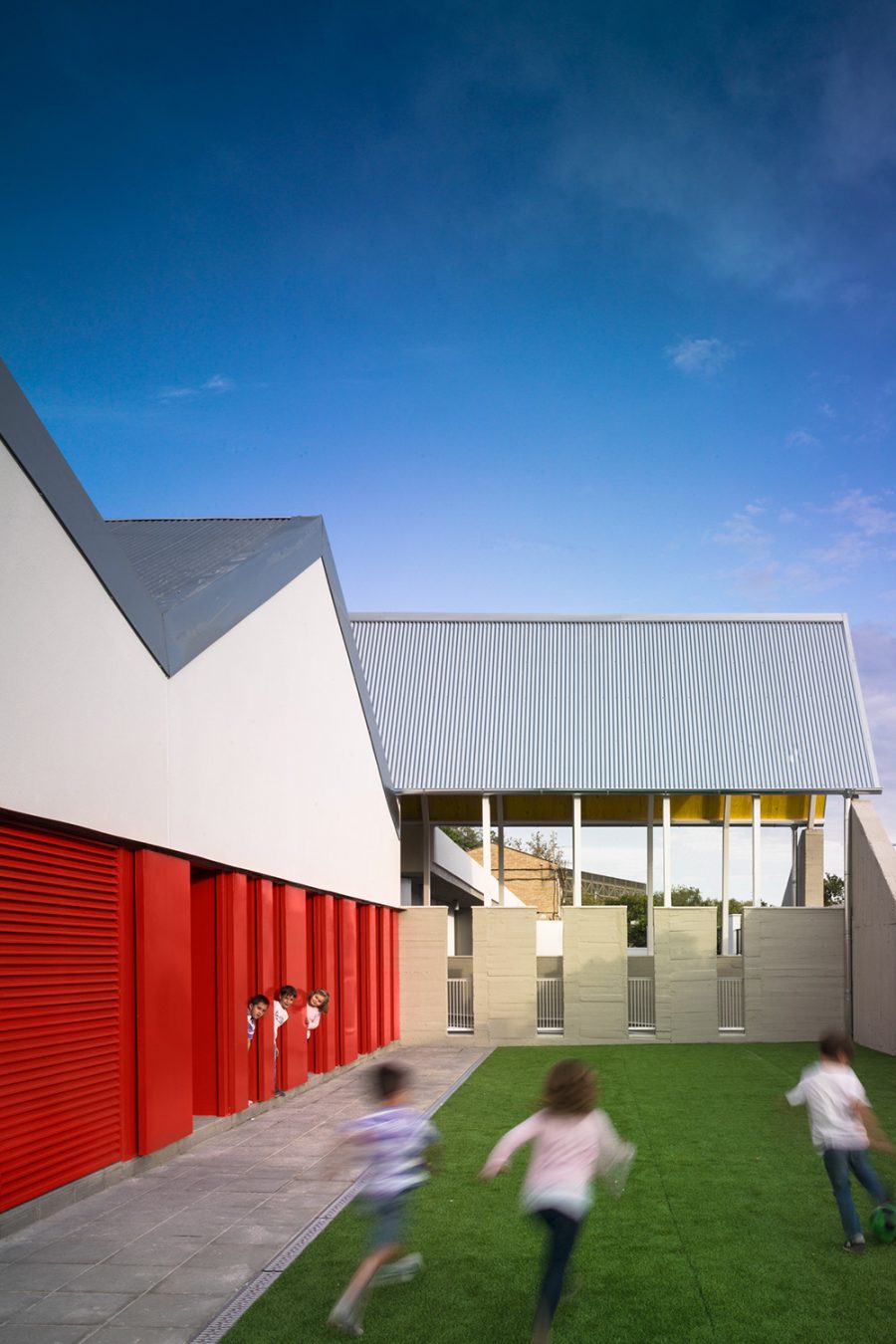 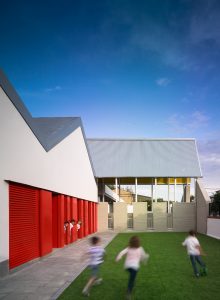 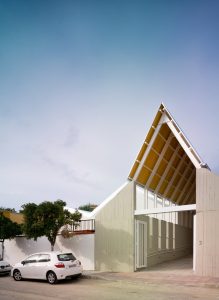 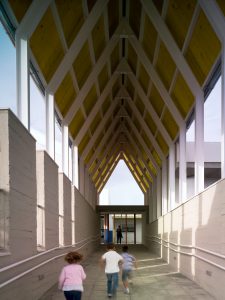 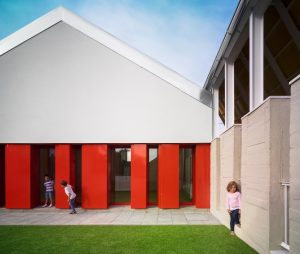 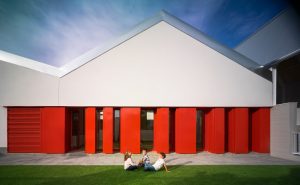 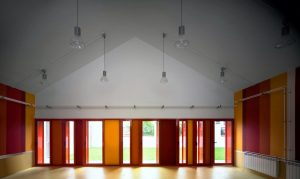 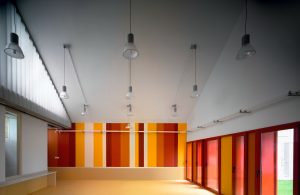 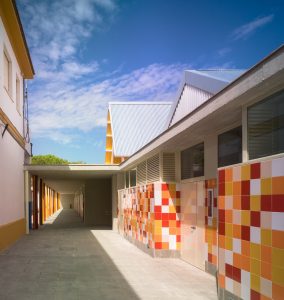 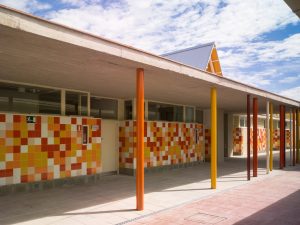 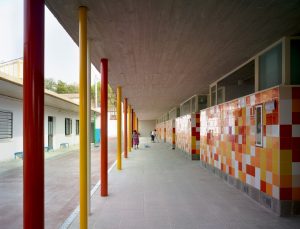 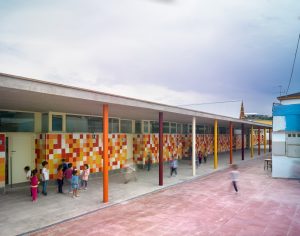 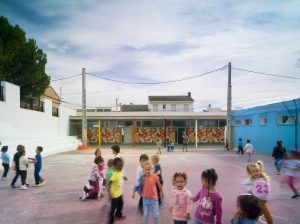 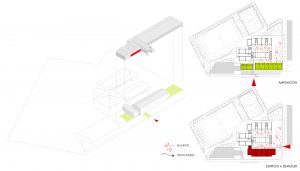 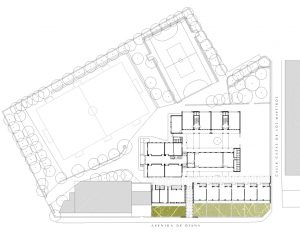 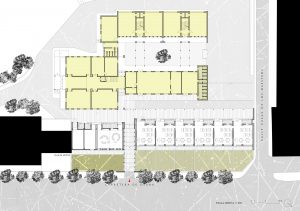 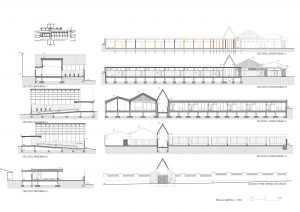 In the spur of the provinces of Cadiz and Malaga, in the middle of the South mountain range, in the province of Seville, a 5,000 dwellers town called El Saucejo is located.

Its public school takes place in the north of this municipality, at the intersection between Casas de los Maestros street and Osuna road. This is a low height residence area where emerges the local sport pavilion.

Nowadays the center is composed by different edifications, an amalgam of volumes which has been growing through the years due to the increase of the child population.

The main building is from the ‘80s and incorporates administration and primary classrooms. Attached to it there is a lower body which is in poor condition, destined to be used as a canteen, playground bathrooms and common classroom. The center also disposes of a gym, which generates an exempt volume with a light roof built in mid ‘80s.

The two side flanks of the set represent the original structures built in the ‘50s. These were standard modules of classrooms that were replicated throughout the Andalusian community in that period.

One of these flanks, specifically that one next to the street, is the one that is demolished to accommodate the new extension.

The extension accommodates the infant classrooms of a two-line C2 type center. Being isolated from the main building, it also has complementary spaces, necessary to operate autonomously (warehouse, boiler room and toilets).
The building is organized into three distinct areas, complementary spaces and multi-purpose classroom, a classroom and a new entrance to the school.

Being a partial substitution, the new building has been conditioned by the current configuration of the Center. A linear piece with a porch has been proposed and it works as a distribution space and covered patio. In 2nd phase of the extension plan, it will form part of the communication ring that must join all the pieces that compose the future central courtyard.

The new building also arranges the access to the center. It is supposed to be a direct entrance, which won´t interfere with the teaching activity and playground games. A strong gabled roof volume that marks the milestone of the entry, gives the Center its new institutional and identifying image.