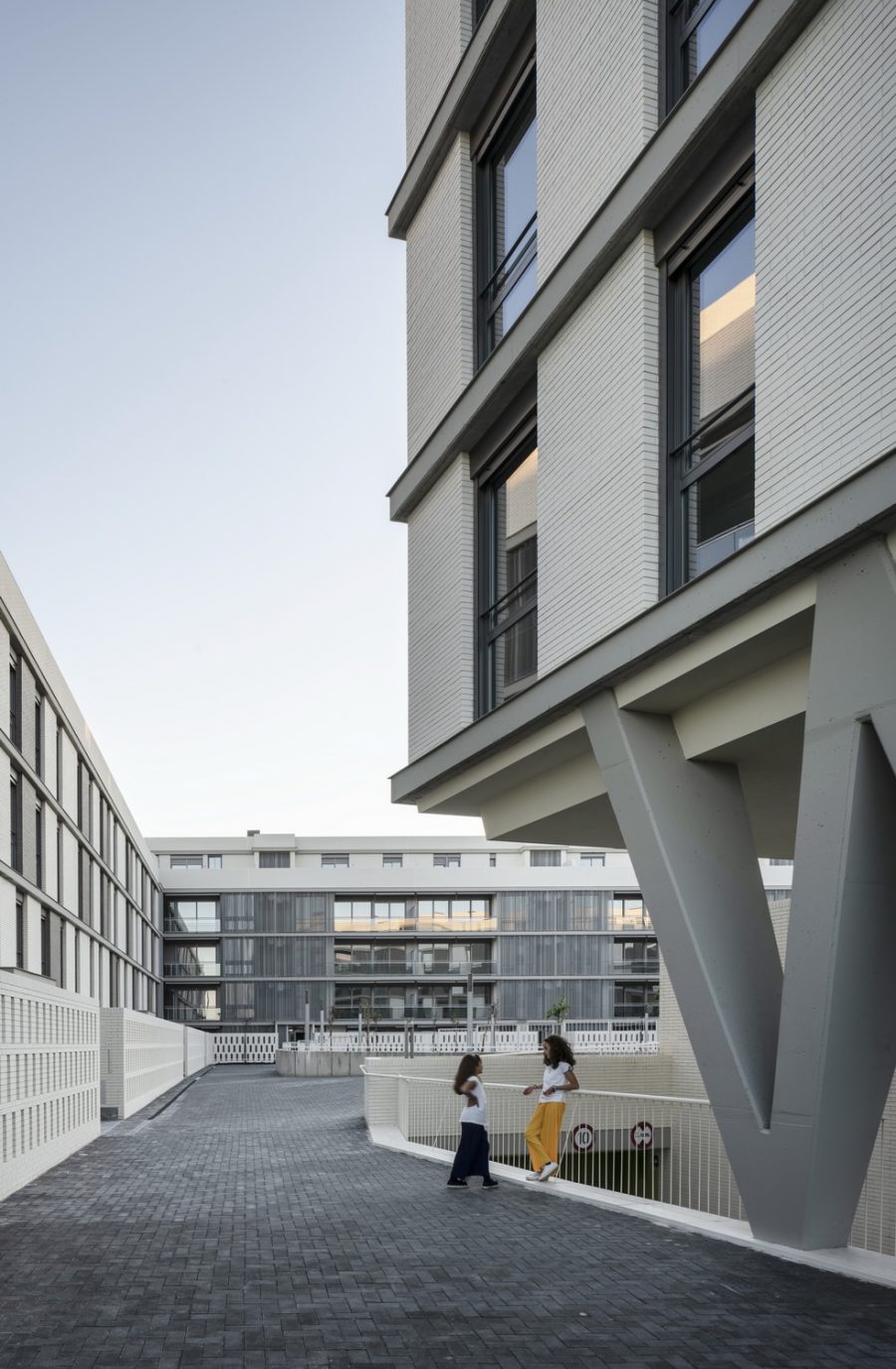 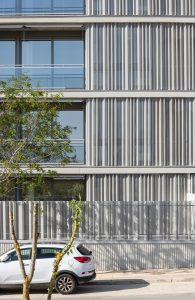 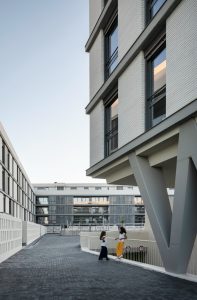 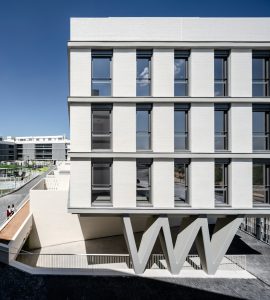 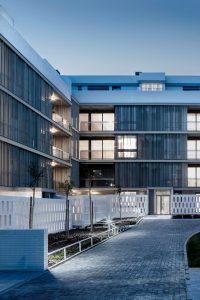 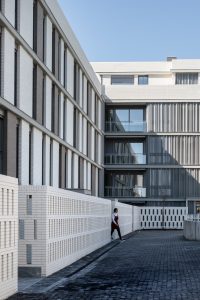 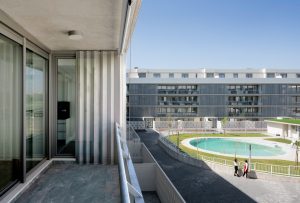 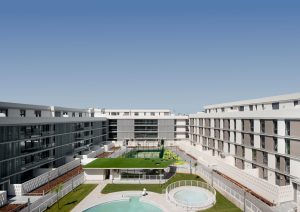 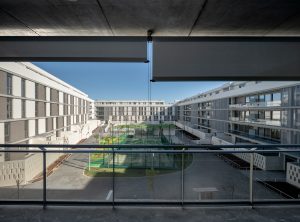 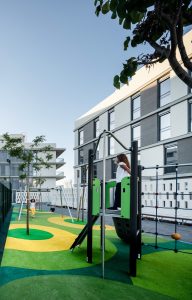 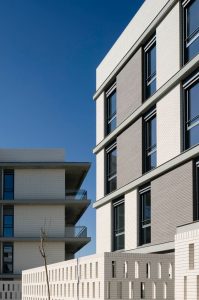 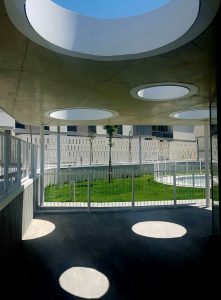 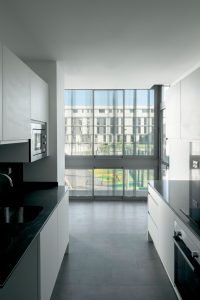 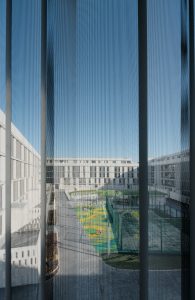 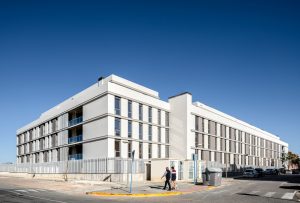 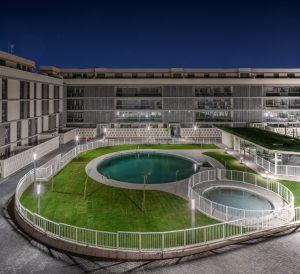 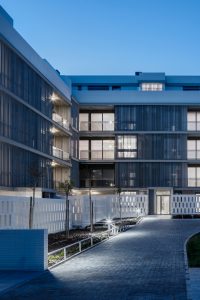 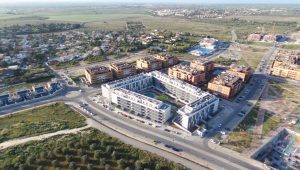 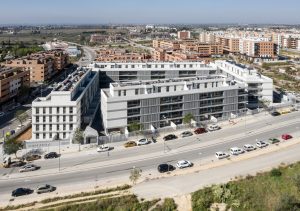 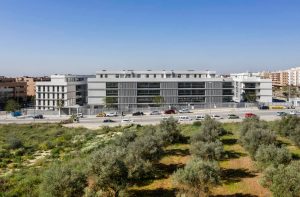 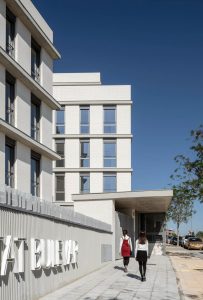 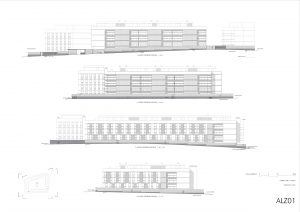 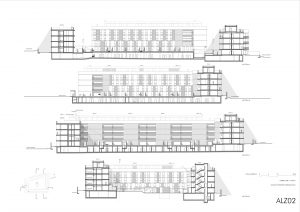 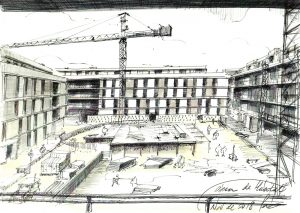 This project commenced just as the economy was beginning to recover from the recession. The aim was to come up with a residential development that was the different from the one widely used in the area and base on an obsolete partial development plan.

The old plan proposed blocks with a wide width and interior courtyards for ventilation, but where the orientation of the homes and the organisation of the free areas were not a priority. To amend the plan, a detailed study had to be drafted, setting out a different type of block, one that was ccompatible with the general plan in force and wich would help to create a new city model. To achieve this, a more efficient and sustainable volumen than the traditional “H” block with a courtyard was proposed. The two main objetives were to prioritise the orientation of the homes and to create a free space with as many facilities as possible.

Habitat Bulever was therefore conceived as a residential complex laid out around a free space with an urban scale, with a square comparable in size to the well-know landmark of Patio Banderas beside the Alcázar in Seville. The building is organised around this square. It forms the quiet and isolated nucleus in which the private life of the development unfolds… similar to how people live not so along ago in corral communal dwellings, like one big family.

A building model with a 12-metre bay was designed. This allowed the construction on off loor-through apartments with double ventilation and light, where all living areas are placed to the best orientating façade, thus giving the lunges an terraces the best sunning and lightingn.

Three materials confer its characteristic and identifying image to the building. Clinker brick for the façades, concrete for the exposed structure and sheet metal latticework for the protection of kitchens and stairs.

The changing of light and shadow on the texture of these three materials gives a rich image that evolves along the day and which Habitat Boulevar is being recognized.

This perception of textures is also change according to distance … nearly you can see the careful execution of the brick tile, the touch of concrete or the perfection of the geometry of the sheet… but as soon as one moves away from them they are diluted like the threads of a tapestry to give way to the forms that show the large volumes of the building.